BrandTotal, the social competitive advertising intelligence and brand analytics platform, devised a study to figure out which brands and paid ads are winning on social media each month. Through its AI-powered technology, BrandTotal can track social media advertising campaigns across every major social media channel.

For Halloween, BrandTotal looked at how 25 top quick-service restaurant brands — including Dunkin’, Burger King, Taco Bell, Starbucks, McDonald’s, KFC, Chick-Fil-A, and Chipotle — have been promoting themselves on social platforms. Why? From Chipotle’s “Boorito” Roblox launch to Burger King’s frightening new ad, QSR brands jumped all over the holiday to reach on-the-go, out-and-about customers, from trick-or-treating Gen Zs to parents partying on Halloween. But how did they do it and did campaigns perform?

The top-three Gen-Z-focused brands were Burger King, where 79% of its impressions targeted Gen Z, followed by Zaxby’s (77%) and KFC (75%). Unfortunately, despite the focus, neither Burger King (12th), Zaxby’s (23rd) or KFC (15th) broke the top-five for ad engagement, which was led by Chipotle, Wendy’s, Starbucks, Taco Bell, and Domino’s. Among this group, specifically, only 61% of ad impressions targeted Gen Z, with leader Chipotle targeting them with only 46% of its impressions. 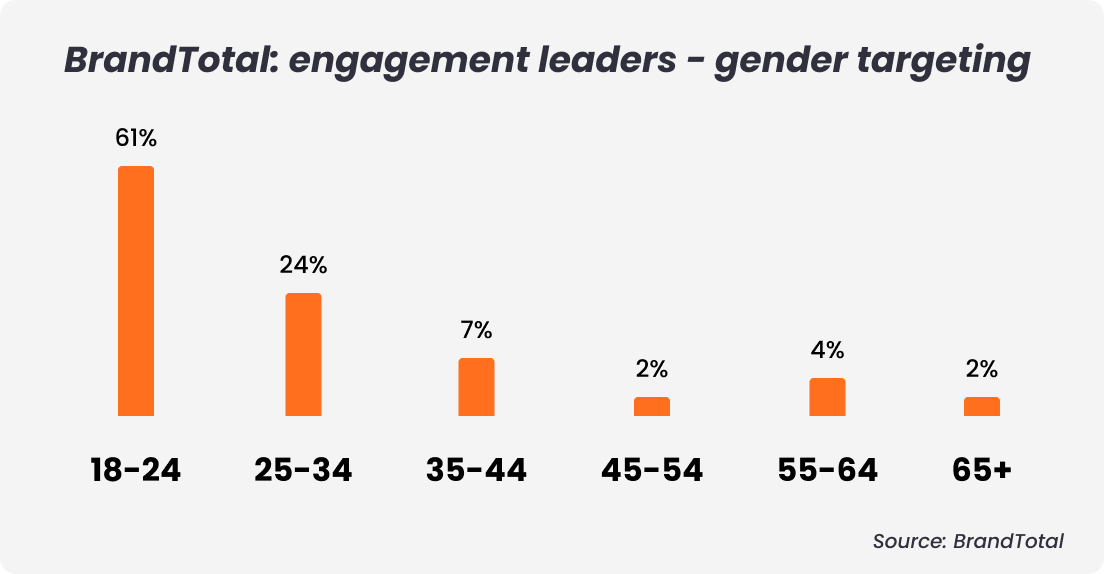 While Dunkin’ beat Chipotle on paid share-of-voice, which we define as the percentage of sponsored impressions, with 14%, Chipotle was still in the top-three (11%) on paid SOV, while also beating all other brands on engagement (over 127,000 engagements).

In looking at how Chipotle won the holiday, 46% of its impressions targeted Gen Z, 31% targeted 25-34, and nearly one-quarter (23%) targeted audiences 35 and up, showcasing more age parity than most of the other QSR brands.

The company’s annual “Boorito” initiative, in its 21st year, was key to the brand’s performance during the week, with one-third of the ads run between 10/25-10/31 focused on the campaign. Due to COVID-19, Chipotle’s Boorito initiative went completely digital for the holiday, with Chipotle partnering with Roblox to launch a virtual storefront for deals and discounts, while also offering its customers the ability to use the promo code "BOORITO" through its app and via Chipotle.com to save. 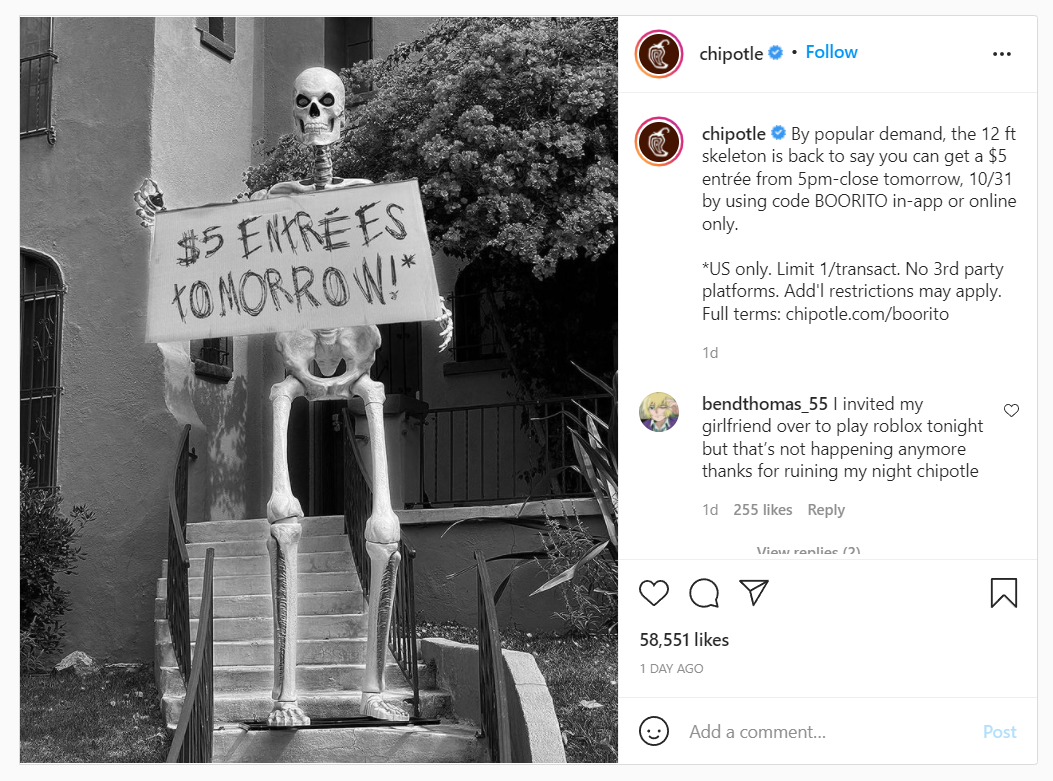 In terms of platforms, Instagram was the real driver of the company’s engagement, with 99% of all engagements occurring there.

Of the ads that drove positive ROI, digital promotions and discounts were key, with Chipotle’s Boorito initiative a great example. Campaigns that didn’t work — like this Twitter ad by Arby’s or this Instagram ad by Dunkin’ — often featured Halloween-themed creative that didn’t provide a deal or coupon. In many cases, brands pushed promotions that could be redeemed in-person at local restaurants, though those ads failed to resonate. Five of Sonic’s six Halloween ads, for example, tried to push $0.50 Corn Dogs for the holiday but all five resulted in a loss on spend. 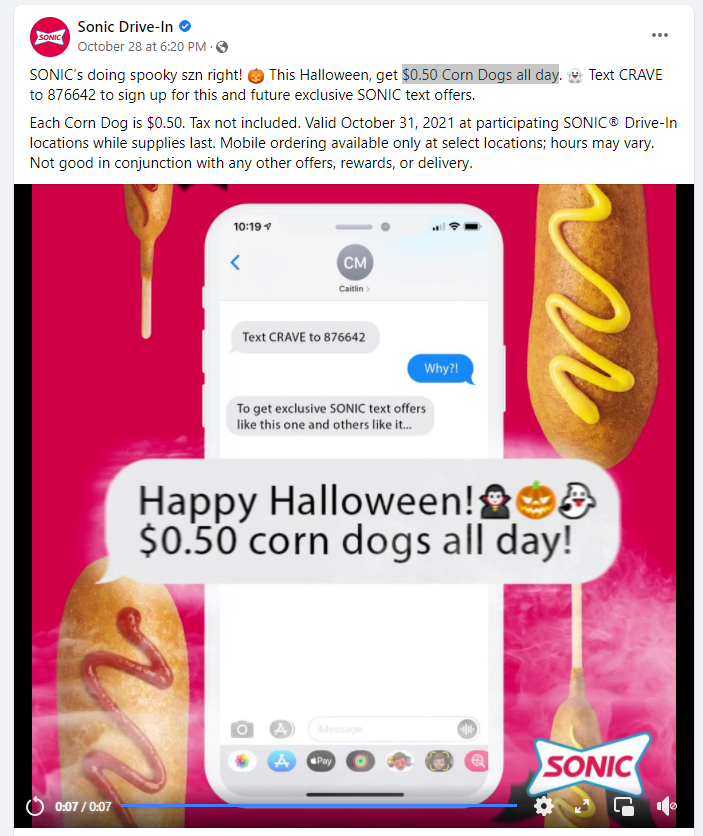 Additionally, the channel had an impact. Across the 25 brands and their paid Halloween ads, Instagram drove 62% of all engagements, followed by Facebook with 33% and Twitter at 5%. Basically, if a paid Halloween ad was on anything other than Instagram (especially) or Facebook, the performance was likely low.

As QSR brands evaluate their Halloween programs and consider how to tackle the holiday in the future, these findings, coupled with learnings from top performers like Chipotle, can help.

Would you like to get actionable insights into your social media advertising benchmarked against your rival brands? Request a BrandTotal demo today to see us in action.