BrandTotal Data: The OnlyFans Controversy, and the Aftermath

We recently released our findings in the aftermath of OnlyFans banning sexually explicit content.

The service, where users can pay for creator content, has often been associated with sexually explicit content, but OnlyFans has recently tried to pivot away from that, focusing more on beauty, cooking, and more. On August 19, it announced it would ban sexual content from its platform, but after criticism it rescinded the ban six days later.

As many responded negatively to OnlyFans’ ban, competitor Patreon saw a huge positive spike in turn. The platform’s positive sentiment increased by 190% after the ban was announced, and 60.71% of its sentiment was positive. Meanwhile OnlyFans had just 14.82% positive sentiment, as opposed to 38.57% negative.

In an analysis of paid Share-of-Voice (SOV), which is defined by percentage of sponsored impressions, Patreon overwhelmingly won, with 87% paid SOV, compared to 13% for OnlyFans.

What it Means: Patreon is reaping the benefits of the OnlyFans ban, seeing a huge swing in their net sentiment score. OnlyFans is shifting their strategy to be more gender inclusive to keep up with this change. However, that decision might have been made before the ban as the company publicly discussed desires to broaden its appeal.

Prior to the ban, OnlyFans advertisements focused on beauty, cooking, etc., as they tried to signify they didn’t want to be solely associated with explicit content. Following the ban, they focused on more “catch-all” ads speaking to musicians, chefs, personal branding, broadening their demographic.

The data showed that Patreon and OnlyFans spent most of their social ad budget on different platforms. While OnlyFans focused mostly on Facebook, Patreon focused on YouTube. 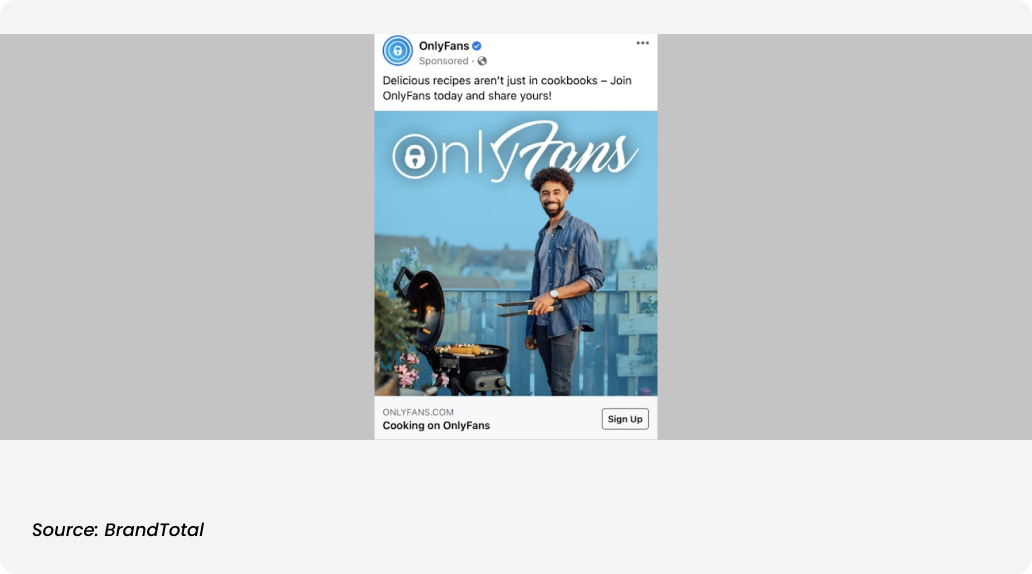 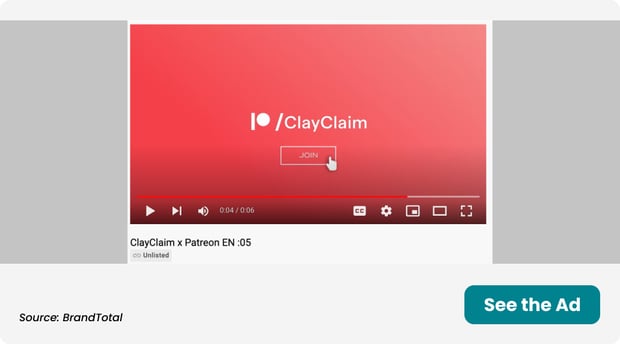 Would you like to get actionable insights into your social media advertising benchmarked against your rival brands? Request a BrandTotal demo today to see us in action.