In an analysis of paid Share-of-Voice (SOV), which is defined by percentage of sponsored impressions, Klarna dominated, with 51% paid SOV, compared to 35% for Affirm and 14% for Afterpay. 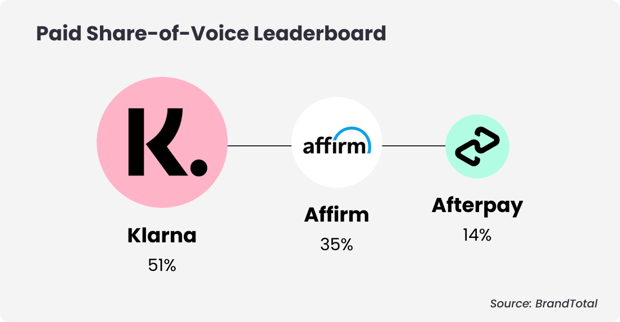 Between August and September, however, Afterpay has leapfrogged Affirm, with paid SOV now sitting at 41% Klarna, 32% Afterpay, and 27% Affirm.

What it Means: “Buy Now, Pay Later” players rely heavily on social media to educate shoppers about their value and to drive adoption. Klarna is leading the pack there when it comes to advertising.

Klarna was the most likely to advertise to Gen Z (18-24) on social media, as half of its ad impressions (50%) targeted that demographic. For comparison, 41% of percent of Affirm’s impressions and just 8% of Afterpay’s impressions targeted Gen Z.

“Klarna was the most aggressive in going after younger audiences,” said Alon Leibovich, CEO and Co-founder of BrandTotal.  “Seventy-two percent of their impressions were served to people between 18-35. Only 62% of Affirm impressions reached that group, with just 22% for Afterpay.” 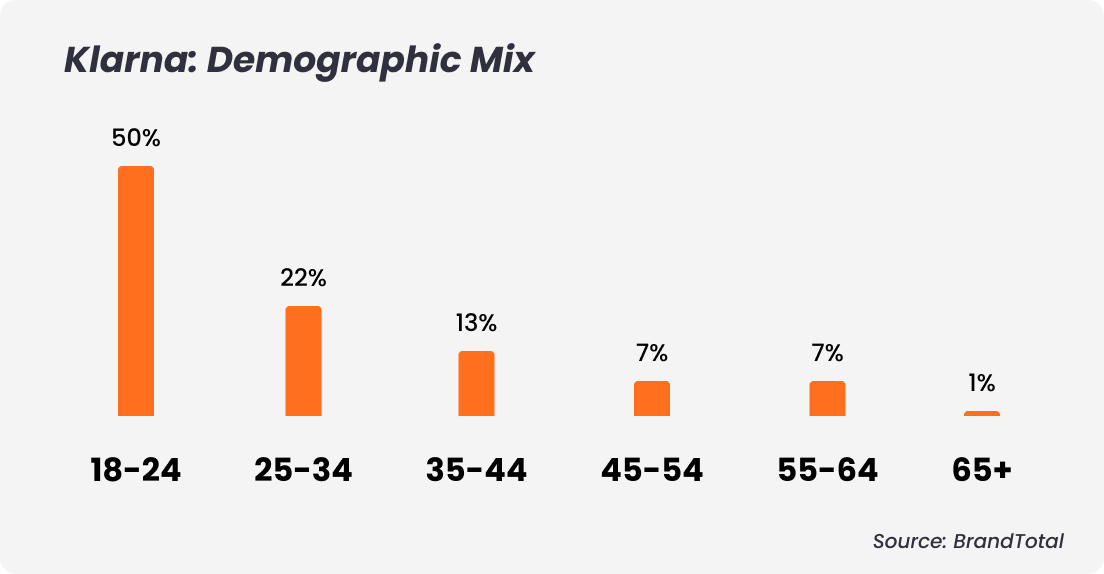 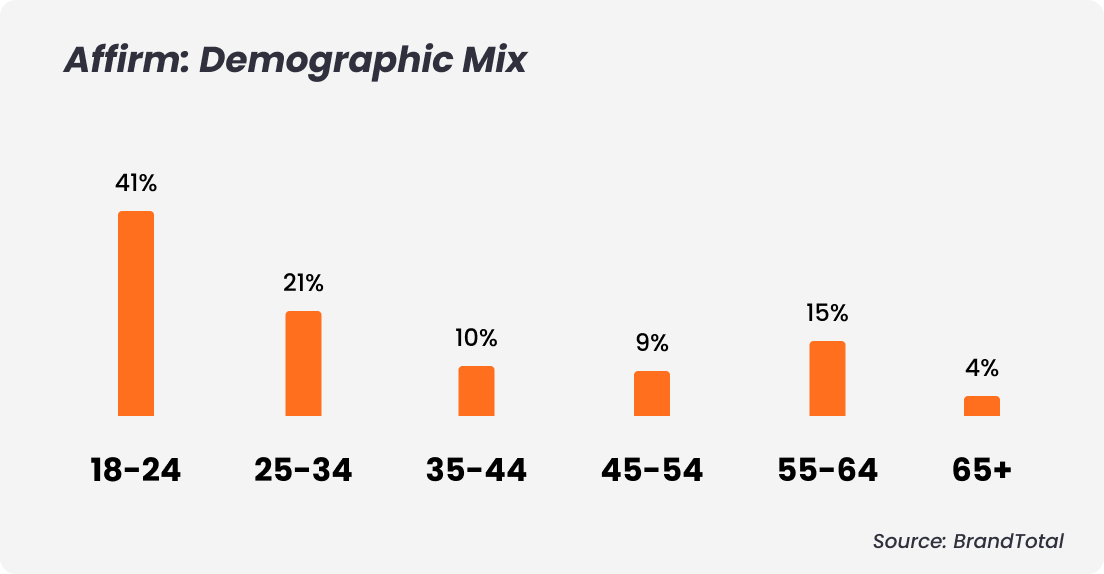 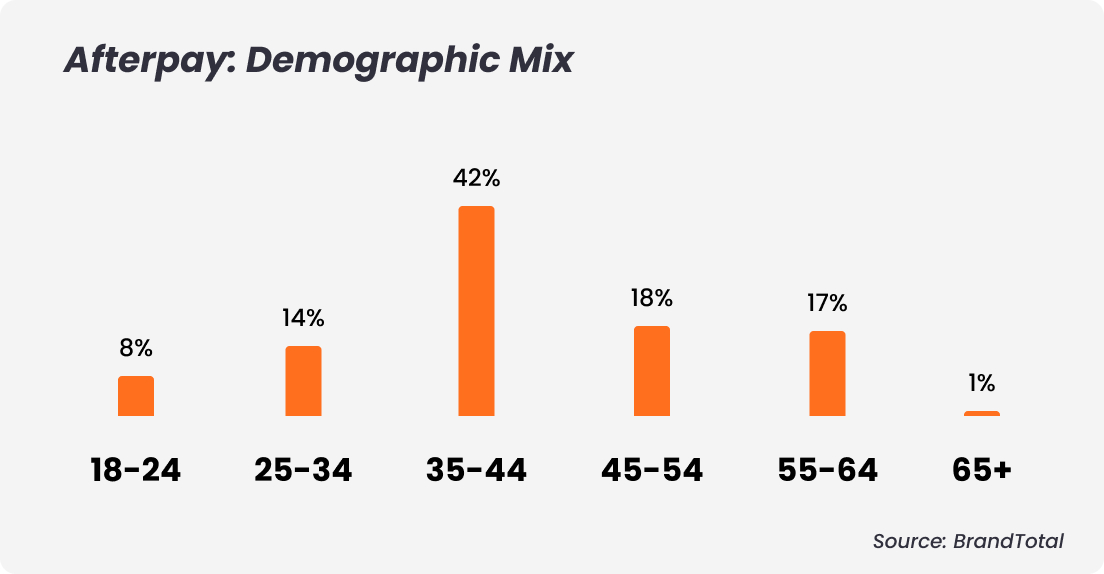 What it Means: Targeting a younger audience is a strategic move to capitalize on digital natives who not only grew up in a world of social media and ecommerce, but who are also more open to new, technology-enabled payment models.

Klarna, Afterpay, and Affirm split their social ad budgets on the following channels:

What it Means: Klarna and Affirm have very similar social ad strategies, allocating most of their social media mix on Twitter, LinkedIn, and YouTube. Afterpay has opted for a very different strategy, focusing heavily on Facebook and Instagram, while investing nothing on YouTube.

Klarna drove huge Video Views across all of its paid social ads, with 46.2 million. Meanwhile, Afterpay was in 2nd with 1.7 million, followed by Affirm with 1.5 million. 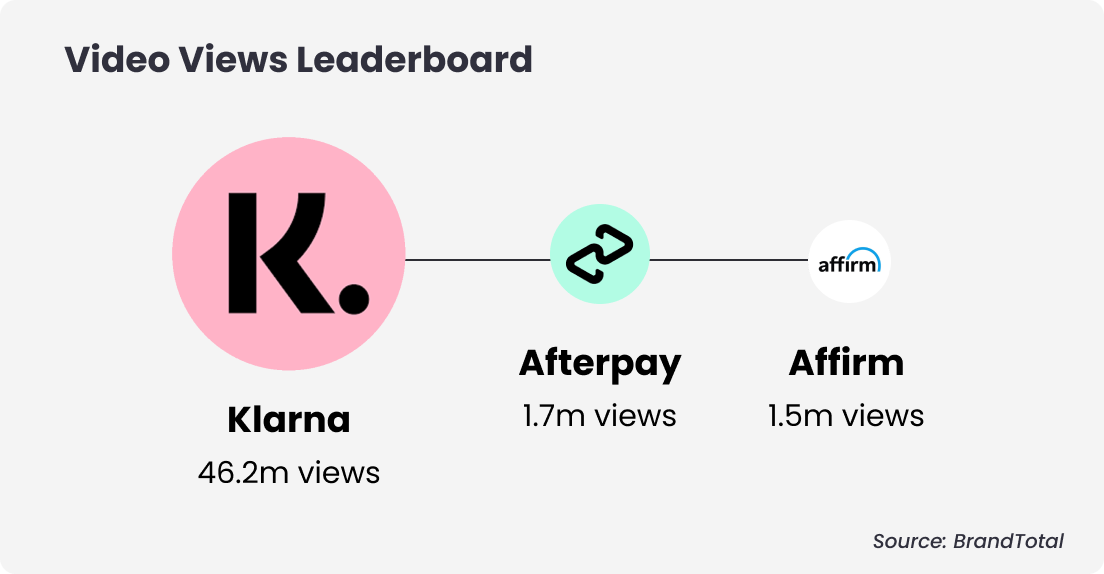 What it Means: Gen Z is well-known to prefer digital video ads versus static images or text. Klarna’s strategy is Gen Z-focused, which speaks to the company’s reliance on video across its campaigns.

Interested in seeing beyond your brand and understanding what your competitors are doing in paid social? Request a demo today.